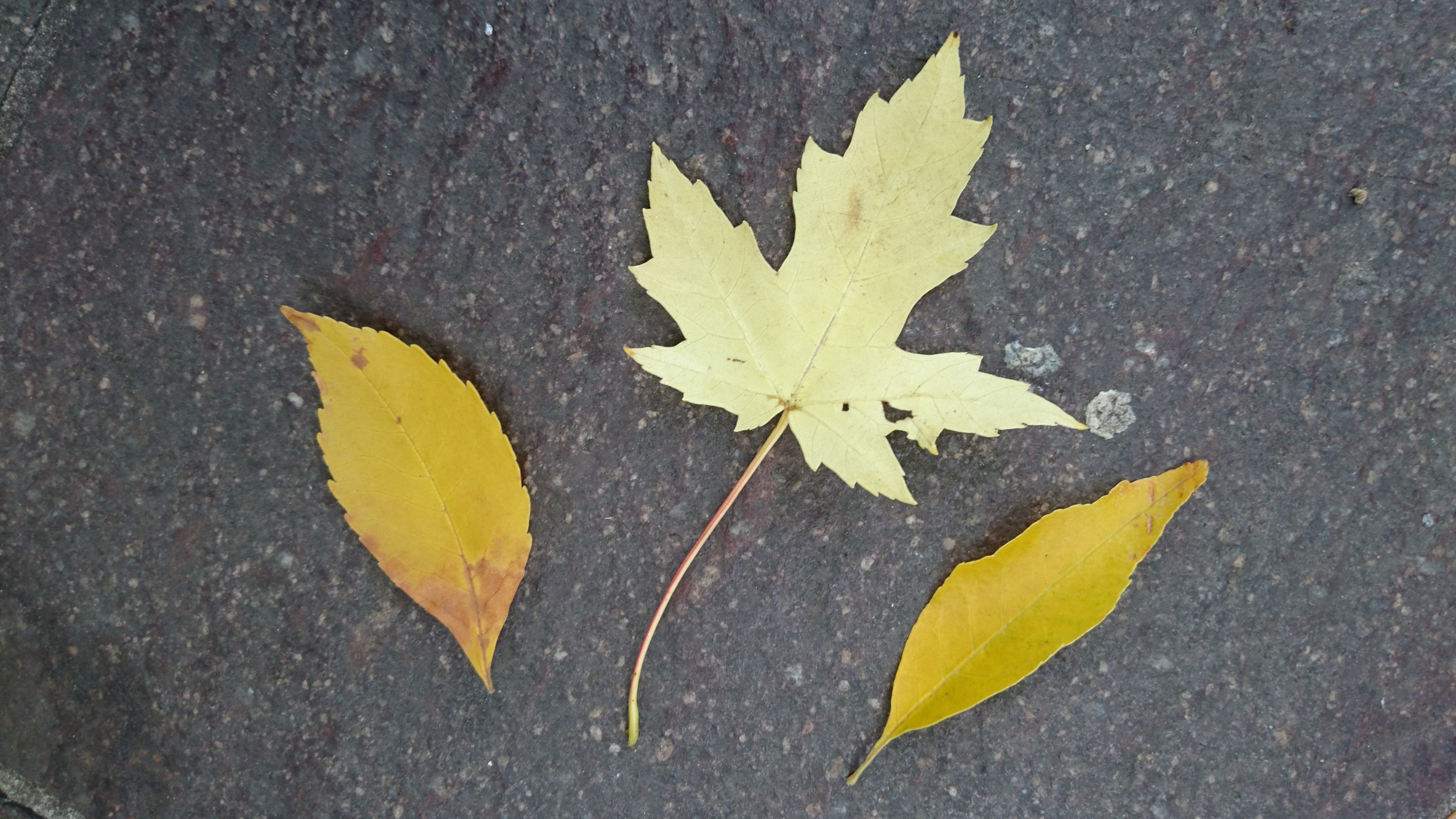 My name is Neveen. I was born and raised in Damascus.

I had the privilege to have a great childhood. I still hang to those memories as most of us do to get through hard times.

I still remember the yellow leaves on the roads in this time of the year, coming back from school. Everyone went to school. A good school. Not great, but good enough to graduate doctors, pharmacists, engineers, lawyers, economists, writers, artists and even scientists. Everyone could get books. We never thought about that as a privilege when we were children.

I also remember the National Holiday in October when airplanes flew in the sky. We looked forward to that. We all went out on the balconies trying to see them. We only knew two types of airplanes: a regular plane and a helicopter. Then we would all talk about it the next day at school. We were really happy to see the planes; we never thought about them as a source of destruction. I also remember the fireworks on National Holidays. We all looked out of our windows towards Qasioun, the mountain on the west side of Damascus. It was so exciting. These sounds represented joy to us. We never thought about that as a privilege.

I remember that every now and then the power was cut off. It was not that scary to us. Our parents did not worry about power cuts because they would only take a couple of hours maximum. During power cuts it was stories and games time. I still remember sitting around the candles listening to grandpa’s stories and most of the time we would fall asleep before the end or playing with grandma “oum amesh” which means blind girl, a game in which one gets blindfolded and tries to find others who move around. We were happy. I remember mom and grandma preparing makdous, a traditional food made from eggplants and walnuts that they make and save for the whole year. Everyone did that and everyone could. We never thought about that as a privilege.

And after that winter would come. I remember when we had to roll the rugs on the floor and installing the fireplace. Everyone did that. I remember sitting around the fireplace toasting bread and preparing tea. Toast with makdous. We never thought about that as a privilege.

I remember watching the weather news hoping to get some snow in Damascus, partially because then we would get extra days off from school and if not we would go to the mountains of Bloudan, Zabadani, Qalamoun or Rankous. These mountains were all accessible. We played with the snow and some caught a cold and got sick, with high fever and coughing. But we didn’t worry. Everyone could get treatment. Even for minor sicknesses we visited the doctor, or doctors came over, depending on how patient the parents were. We didn’t worry about getting sick, even though we didn’t know how serious it was, because medical help was always around the corner: medicine would sometimes even be available in the same building. There were many pharmacies in the neighborhood. We never thought of that as a privilege.

And when Christmas and new year came we would go with our parents to watch all the beautiful decorations in our neighborhood and surrounding neighborhoods. It was a holiday. I remember watching TV and hear Fairuz’s version of Jingle Bells and singing along with mom smiling at us. We were happy to have two days off and have many sweets and goodies to celebrate the new year with family and neighbors and watch the fireworks. 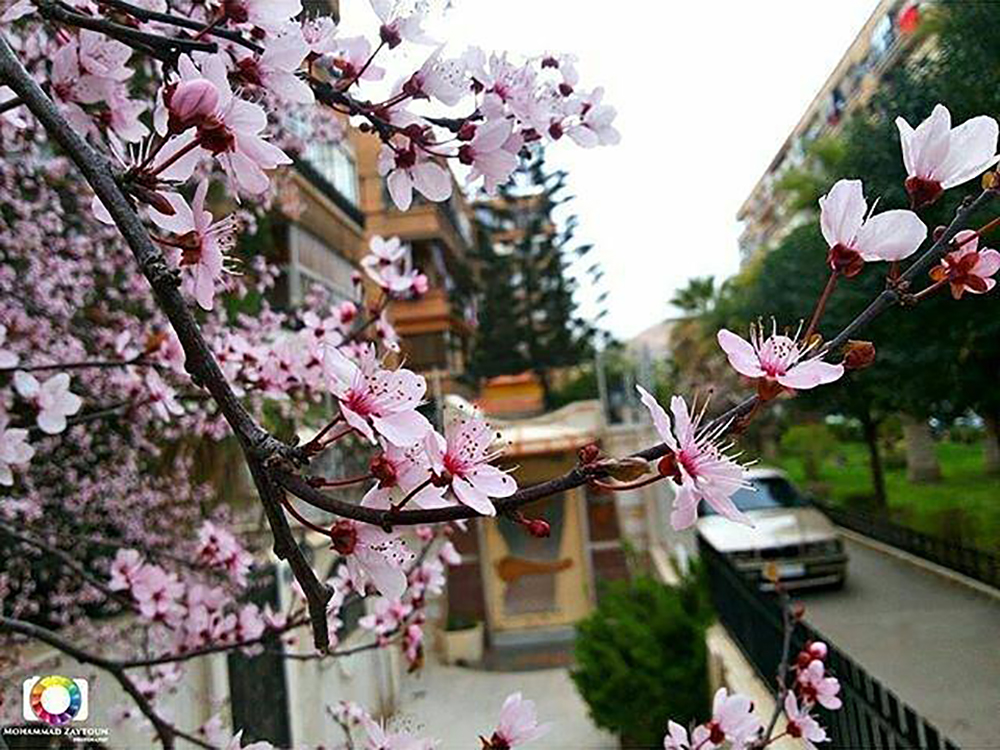 And then spring woud come back. Trees turned into popcorn or pink cotton candy, at least that’s how I saw them. It was picnic time either in Al-Ghouta, the fields around Damascus or Ein Alfeejeh, the water spring that waters Damascus, or Madaya or any of the provinces around Damascus which all have beautiful nature view. Everyone did that, so we went every weekend there, either to private farms or just picnic restaurants where you can prepare your own food. It was mostly barbecues. These places were all accessible. We never thought about that as a privilege.

And then Summer would come. It was vacation time. We went to the sea in Tartous or Latakia, or to the mountains in Kesab and Slinfah. Sometimes we went with family only and sometimes with neighbors and friends. On the road we passed by Homs, Hama, and Aleppo. We got the sweets each city is famous for, traveling either day or night as it was both safe.

Summer was exploring time. I remember going around the neighborhood, climbing trees in the parks or biking without our parents around. It was safe. There was nothing to worry about other than the shapes of the flowers and the fruits. We did it all. We didn’t worry about getting hurt. The worst thing that could happen was a broken arm or leg. That was catastrophic for us. We really felt bad for a kid who got hurt but we knew he would get better as if it never happened so no harm was done really.

When I was a child Eid al-Fitr and al-Adha were celebrated in summer too. For a child Eid is like a festival. We got new clothes and played with big swings, seesaws and fireworks. Of course we weren’t allowed to play with the fireworks ourselves, at least not every type, but we would get help from our uncles and aunts and watched them gladly, very impressed by the colors and the sounds.

It breaks my heart knowing that children now are deprived of such a childhood. Schools – if they are still there – are not the same. Education is not the same. Doctors and hospitals – if they still are available – are definitely not the same. Planes and fireworks represent death and destruction. And I stand speechless and helpless in this situation.

I remember two years ago my niece, 8 years old, came to me saying a bomb fell on my friend Rima’s house. They cut her leg. They had to because she could have died if they didn’t. I looked at her speechless. I didn’t know what to say to find out how she felt about this. She smiled and said ‘I swear it is true’. I still didn’t know what to say. Then she said a bomb fell on the next building. I knew she was thinking it could happen to her as well. I tried to comfort her and tell her that God will help her friend and protect all the children. ‘I know’ she said.

It was very painful to me to see the maturity of an eight year old child, watching all the pictures of children of war in the news. Our children can see that. These children are being killed one way or another either by bombs and guns or by becoming adults prematurely.

I am always speechless and helpless when it comes to the question of the solution. I am optimistic but I don’t see a solution. That’s why I am speaking today as a messenger of those under the wreckages of a destroyed childhood. Maybe someone else can find a solution but together we can make a difference.